Meet the participants of the #LlandeiloBookFair: Haydn Corper

Llandeilo LitFest interview with Haydn Corper, author of The Scent of Lilacs

Please tell us about the book you’ll be bringing to the Book Fair.

My book, The Scent of Lilacs, is historical fiction. It is a story set during the fall of Berlin to the Red Army in the spring of 1945. It tells of the experiences of ordinary civilians and soldiers. It paints a picture of wartime Europe set against the backdrop of the momentous and terrible events taking place at the end of World War Two; events which shaped our modern world. I am passionate about telling the story of those times, lest we forget that it did 'happen here;' and that it could do so again if we are not vigilant.

Tell us about your newest book.

I am currently writing a second novel set in Germany in 1947, not a strict sequel to The Scent of Lilacs but with some of the same characters. This was a time of continuing upheaval and deprivation in  Europe. Against the background of massive refugee problems, starvation, and lawlessness, a British Officer searches for his missing love and child; and discovers sinister evidence implicating the British establishment in a treasonable war-time plot. 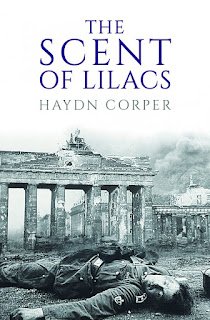 What is the best thing that has been said about your book?

I am proud of the very good reviews I am receiving on Amazon. I think that the best things said are how good the characterisation is and how realistic the portrayal of time and place seems. Please see: https://www.amazon.co.uk/product-reviews/1781325170/ref=cm_cr_dp_see_all_summary?ie=UTF8&reviewerType=all_reviews&showViewpoints=1&sortBy=helpful
and
https://discoveringdiamonds.blogspot.co.uk/search?q=Haydn+corper

Why did you decide to come to the Llandeilo Book Fair?

Although I live mainly in the Middle East, I am a local author and wish to support events such as this.

Do you have a special connection to Wales?

I am Welsh; I was born near Cardiff and my family are from South-East Wales. Some of my ancestors come from the Ammanford area. I have a home in Manordeilo.

What is your personal background?

I’ve been passionate about military and social history since I was at school and always intended to be a writer. I drafted my first novel when I was fifteen and have written novels and scripts since then. I started my professional life as an astronomer. Then I was a defence analyst for twelve years. I served at that time in the Territorial Army as an infantryman and intelligence specialist at the height of the Cold War. Subsequently I became a marketing and public affairs professional. During this time I was involved in politics in London and at UK level. I set up a small company making community films, editing much of the material myself. I also helped establish an audio company to promote works by Shakespeare. I have run a large guest-house in Manordeilo and worked at senior level for the Welsh Government. In short, I've had a very varied life: but always I have been passionate about books and writing. I live in the Middle East most of the time now, surrounded by the same sorts of conflicts that I portray in my books.

Who are your favourite authors?

Which authors I prefer depends on my mood and what I am reading for but some of those I like best include:  Robert Harris, Mary Stewart and Sharon Penman for historical fiction; again Robert Harris and also Sebastian Faulks for general fiction; James Blish and Frank Herbert for Science Fiction. I like to read biographies, tales of travel and histories but really my reading tastes are wide ranging and the authors I like too many to list. A good writer is a good writer and will engage the reader irrespective of genre.

Please share your social media links and buy links to your books. 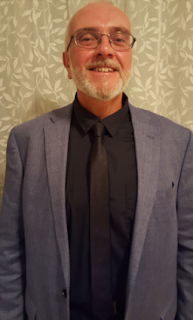 Haydn Corper was born in Wales in 1959.  He grew up and went to University in London and Scotland.  At first an astrophysicist and astronomer, he then had a long and successful career as an international defence analyst, specialising in Soviet military affairs.  He served in an intelligence role in the Territorial Army for several years. During this time he was active in London and UK politics, becoming a Councillor and Group Chief Whip in Enfield.
When the Soviet Union disappeared in 1991, he became a Public Affairs, PR and marketing consultant. In 1997 he quit the city for green fields and mountains.  Moving first to Herefordshire and then back to rural Wales, he set up his own community film company and then became a partner in a business consultancy advising small enterprises.
He has always been passionate about history, especially social and military history.  He started war-gaming when he was fifteen, the same age he was when he wrote his first novel, a spy thriller.
He took up re-enacting twenty years ago, has worn the kit, eaten the food, fired the weapons and lain in the mud and snow just as the characters of his book do.  He steeps himself deeply in the eras he writes about, reading both fiction and non-fiction.  He watches as many good movies and documentaries as he can about his subject and listens to period music. He always visits the settings for his stories.
He has written fiction for pleasure, and had technical and feature articles published in professional journals. It is the consequences for ordinary people of politics and war which really engages him; he believes it is their stories which count most and which he is keen to tell.
In 2014 Haydn moved to Amman, Jordan.
Posted by Christoph Fischer at 21:33